Former Jiangsu Suning coach Choi Yong-soo has claimed that Chinese players do not have a sound knowledge on the tactical side of the beautiful game. The South Korean manager left his post with the Nanjing-based club in order to return to FC Seoul.

The South Korea football federation has unveiled a plan to will help improve the level of football in the country. 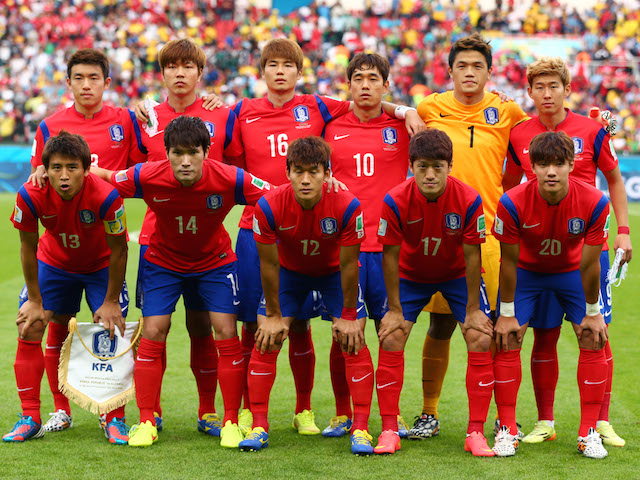 Ever since their good performance at the 2002 World Cup, the national team has been struggling to replicate the same performance in international competition.

Jungyu Lee is reportedly a South Korean fan that cycled from his country to Anfield for 235 days, covering 10,000 miles on his bike. The football fan cycled that far but failed to hit his target of seeing the Reds in action as he missed the ticket. The dedicated fan is pictured in many blogs as a super fan that went all the way for the club.

Seol was appointed to assist national team boss Uli Stielike. The Korea Football Association (KFA) made the announcement on Monday.

Former Manchester United star Ji Sung Park is back and playing in England.

The 35-year old South Korean star earned over a 100 caps for his country and retired two years ago. However, it seems he could not stay off the game as he was pictured playing in England.

The South Korean national football team are currently embarking on a quest to qualify to the FIFA World Cup for the 9th successive time as they have been consecutively been able to do it since 1986.

Out of the 4 opening 2018 FIFA World Cup qualifying match, South Korea tied with Syria, overcame China and Qatar while losing to Iran.

Son Heung-min has discussed the heartbreak he suffered during the Rio 2016 Olympics.

Son said it was a difficult time for him, but he came out stronger. The player moved from German side Bayer Leverkusen to Spurs for £22 million, but he struggled to show his best in Brazil in the colours of South Korea. When he joined he struggled to fit into the Spurs culture, and was almost set to return to Germany. Wolfsburg were particularly interested, but he remained.

National football teams are preparing themselves for the upcoming 2018 FIFA World Cup qualifiers which are right on the horizon as they will be kicking off on September and every single national side wants to be at their best in order to snatch positive results and book their qualification ticket for the 2018 edition of the worldwide football competition.

South Korea was pitted in group A where they will have to compete against: Iran, Uzbekistan, China PR, Qatar and Syria. The national sides that manage to secure the top spot and the 2nd place will be advancing through the next rounds and this is what all of the nations are aiming to seal.

Asian football giant South Korea have announced the details of players that will be representing the country when they play World Cup qualifiers next month.

The list was unveiled on Monday ahead of the final round of Asian qualifiers for Russia 2018.

The 21-man squad contains five players who were in action in Rio Olympics. FC Red Bull Salzburg player Hwang Hee-chan, Guangzhou R&F defender Jang Hyun-soo, Spurs playmaker Son Heung-min and Suwon Samsung Bluewings player Kwon chag-hoon. The players put up quite an effort in Rio but they were knocked out by Honduras on a slim margin. They were impressive in the group stage and the football body decided to included them in the senior team squad.

Ki-Sung Yeung was unlucky that just when he had struck form the previous season, he had to go back to his nation for his duty in the army.

He could have had another outing in the middle if the call hadn’t come and one more match winning contribution could have only helped him enhance his image in the eyes of the coach.

However, he, in any condition, had to follow the rule which makes army service a compulsion for all the men living in South Korea. The moment a man passes the age of eighteen, he has to give a certain amount of time to army every year until he gets past 30. The disobeying of the rule is bound to lead to punishment. There is just no escape from it, not even for the superstar players of the country without any regard to their profile.