The South Korean football team is on the lookout for a new head coach for the men’s football team. The team has gone through an early exit at the FIFA World Cup this year. The Korea Football Association confirmed last week that Kim Pan-gon, the leader of the national team coach committee has come back from a trip to negotiating with international tacticians for the football teach coach job. 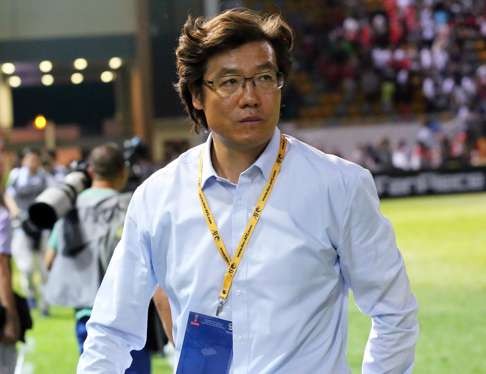 The KFA, however, wishes to be mum on the chosen destinations and coaches he has got in touch with. Shin Tae-Yong is one of the candidates on their list. The contract of Shin with KFA would be expired by the end of this month. If he is chosen again, the 47-year-old would sign a fresh contract and preserve his seat.

Kim along with the committee would evaluate the performance of Shin and soon a shortlist of candidates would be created. After seeing the performance of Shin in Russia, Kim felt that the World Cup was neither a hit nor a loss. Kin suggested that Shin would remain at the same starting line as others. He said that the contract was not renewed for Shin but that did not stop them from giving the sense of confidence. Kim said there are less than 10 candidates who have been shortlisted and he is hopeful to complete the process before September. The criteria for coach selection was mentioned by Kim and South Korea will make best attempts to find a coach who matches the quality of the national team which has achieved the World Cup title for 9 consecutive times. South Korea needs to get hold of a coach who can form the legacy like Guss Hidding did in the year 2002.

The team is looking for a good who would upgrade the game of the country for the better. In addition to good resumes, the candidate also has to match their style and possess some experience to match the standards of the South Korean football.